What is Scriptable Object?

What is the difference between ScriptableObject and Monobehaviour class?

What are Pros and Cons of Scriptableobject?

How to use ScriptableObject?

According to Unity API documentation,

“ScriptableObject is a class you can derive from if you want to create objects that don’t need to be attached to game objects.”

Don’t worry, if you didn’t get it. Here, I will Explain what it means.

As we know, with Unity, everything is an Object.

Monobehaviours are one of the Objects.

GameObjects: In your scene, you can move around with transform.

ScriptableObject is a kind of Object but, it can only Contain Data.

So, they don’t get involved in the actual game.

I hope you understood the definition of ScriptableObject.

Let’s take one example to understand how to use ScriptableObject in game.

Let me give you one task first.

Suppose, we have 10 level game and at each level the behaviour of enemy will change.

Any Ideas, how you will do this??

Ahh, You might think that make 10 prefab of 10 different enemy and assign it to each level. Right??

Are you sure, it really a good practise?

Actually, the answer is No.

“Because one enemy object may have 4 variable and Update() function with it, and suppose is uses 4 Mb of memory, so 10 level enemy may require 40 Mb of memory amount.”

So, here is the solution. Use ScriptableObject to store data of enemy Object.

First, I will create a simple script without using a ScriptableObject. (As per our first thought about creating different prefab of each different enemy and assign it to each level 😉 )

Write the following code in EnemyData.cs.

Change according to following code.

Now you can see that inside the Inspector for Enemy GameObject on ‘Data’ variable will appear,

Any idea..what you suppose assign over here?? 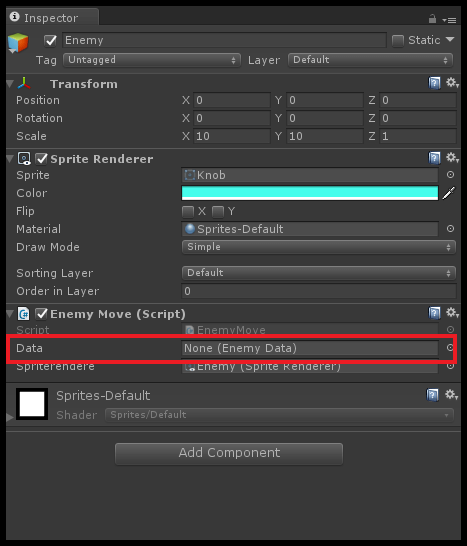 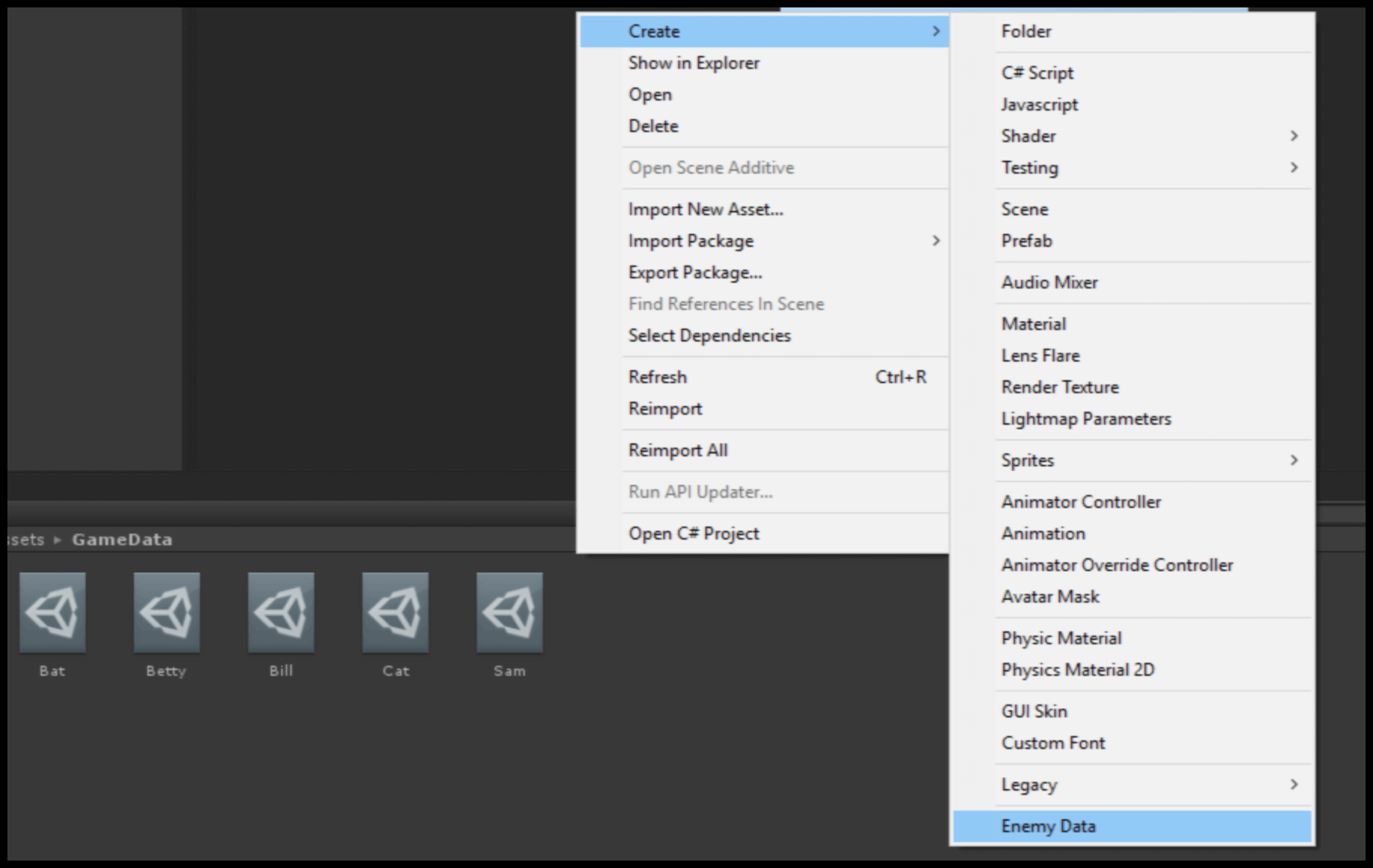 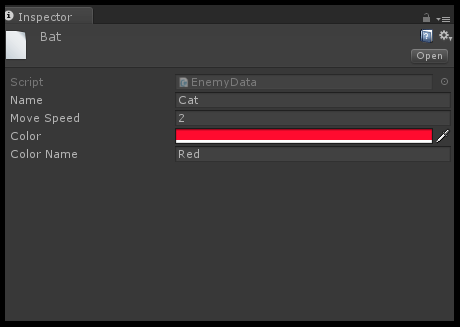 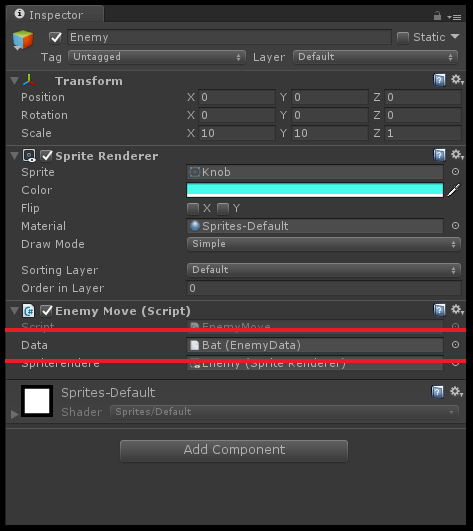 I am sure you got all the answers now.